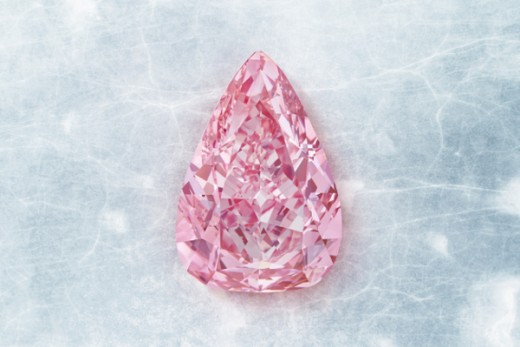 RAPAPORT… A pink diamond weighing more than 18 carats will go under the hammer in Geneva, where Christie’s expects it to sell for up to $35 million.

The 18.18-carat stone is the largest pear-shaped, fancy-vivid-pink diamond ever offered at auction, Christie’s said Monday. Named the Fortune Pink, it will be the star item at the November 8 Magnificent Jewels sale.

The auction house believes the diamond will garner significant interest from collectors worldwide, given its rarity and the fact that in Asia, its weight denotes prosperity.

“With its auspicious weight of 18.18 carats, this exceptional pink diamond of phenomenal color will certainly bring good fortune to its new owner,” said Rahul Kadakia, international head of jewelry at Christie’s.

In 2018, Christie’s sold the rectangular-cut, 18.96-carat, fancy-vivid-pink Winston Pink Legacy, the largest diamond of its color the auction house has ever offered. That stone, which was the top lot at the November Magnificent Jewels sale in Geneva that year, went for $50.4 million, setting a world record price per carat for a pink diamond sold at auction.

Christie’s will exhibit the stone in New York, Shanghai, Taiwan and Singapore in October.